Does the thought of becoming an ebay millionaire excite you?

How hard can it be? When in fact, it's been reported that the number of eBay millionaires has risen by 50 per cent since 2013 and more than 200 businesses have reached turnovers that have brought them into the million pound business bracket.

Some of these businesses are being run by individuals that are under 20 years of age, which suggests that age is no barrier when it comes to success.

Now, there are all kinds of products being sold on ebay, but which ones are currently proving to be highly popular? Well apparently according to recent data provided by ebay, fashion and furniture are in the strongest growing categories. Electronics, which has always been popular in ebay searches, also continues to maintain it's position as one of the most successful categories on the auction site.

In an article published on the Mirror website it states that last year "over a quarter (26.3%) of new ebay businesses" are involved in setting up a fashion store, followed by "22.9% of registrations" being new sellers of electronics and 20.2% selling "home and garden items".

For anyone starting a new business in these areas then ebay should certainly be considered as an important possible source of income and a useful way to increase exposure when promoting your business online> Even if you run a bricks and mortar store, it can still be a good source of revenue.

For more details and examples of people who have built up an ebay business including some who have gone on to become millionaires, check out the full article on the Mirror website here. 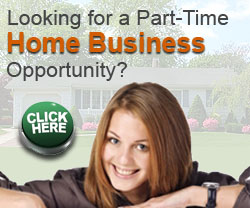